In recognition of National Prevention Week, we are drawing attention to health issues related to substance abuse and prevention. National Prevention Week is an annual health observance designed to increase public awareness of, and action around, substance abuse and mental health issues. This year’s theme is: “Your voice. Your choice. Make a difference.”

Smoking is the nation’s largest preventable cause of disease and death. Approximately one in four Americans (68 million people) uses a tobacco product. Most tobacco users smoke cigarettes, and millions of other people also use other types of tobacco, such as cigars, chewing tobacco, and snuff.

The maps below show the prevalence of smoking among people 18 years of age and older in Ohio, Kentucky, and Indiana (2006-2010). 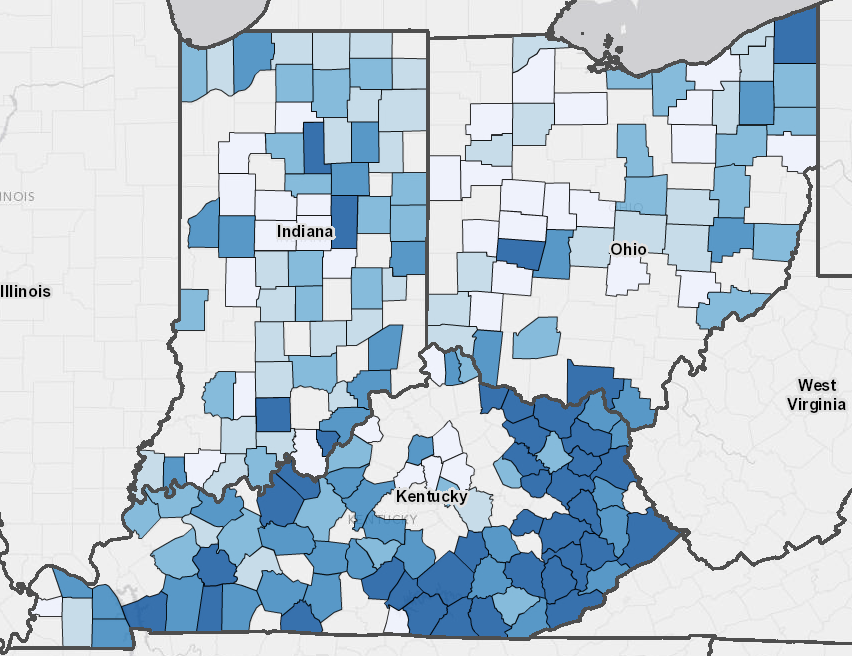 The second one, called a threshold map, shows all counties in Ohio, Kentucky, and Indiana in which 25 percent or more of the population smokes. 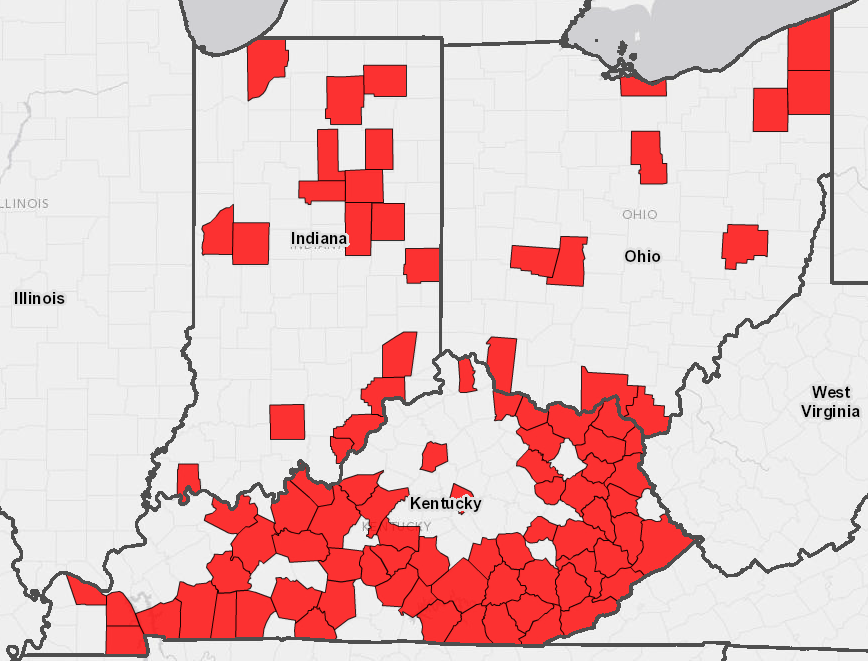 Are you trying to prevent and reduce smoking in your community? If so, log on to HealthLandscape to access the data sets shown above, as well as thousands of other indicators. Simply go to www.HealthLandscape.org to register for a free account and begin using it today!

Maps are based on Behavioral Risk Factor Surveillance System (BRFSS) data. This and other BRFSS data sets are available in HealthLandscape’s Community HealthView data library.