What a great fall season so far – October brought us World Statistics Day, and November brings us GIS Day. For those of you who aren’t well-acquainted with the term, GIS stands for Geographic Information System. GIS brings together technology and data to create a unique way to capture and display information. We use GIS to visualize data in a way that’s often more meaningful than simple tables of numbers, where the real story often gets lost in the rows and columns. Displaying the data in geographic context makes it easier to spot patterns, trends, and relationships.

HealthLandscape uses GIS technology to map community data, including health, socio-economic and environmental information. The power behind the HealthLandscape platform is that all of the data are freely available in one central location.

Figure 2. Ohio Self-Sufficiency Standard 2008: One Adult, One Infant, One Preschooler 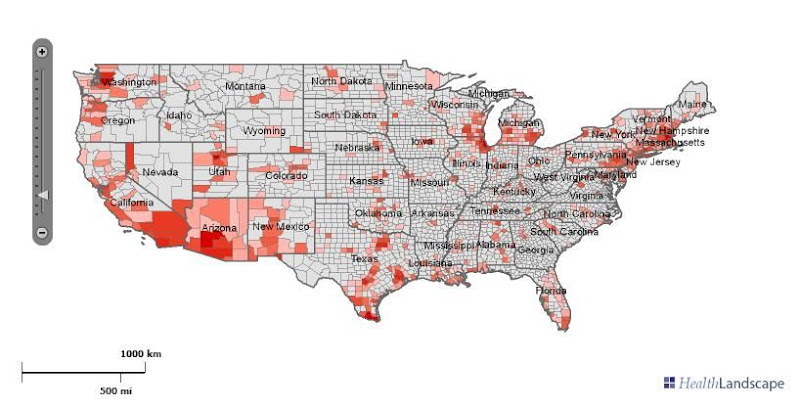 Other groups and agencies use GIS for in variety of applications, including mapping the ground motion and shaking intensity after an earthquake, the environmental consequences of natural and man-caused disasters, estimated carbon emission patterns, and crime rates. There is even an entire project dedicated to the mapping of historical Census data – GIS For History. Figure 8. The First Census: America in 1790, GIS For History