Figure 1. Percent of Adults Who Are Physically Inactive, 2008 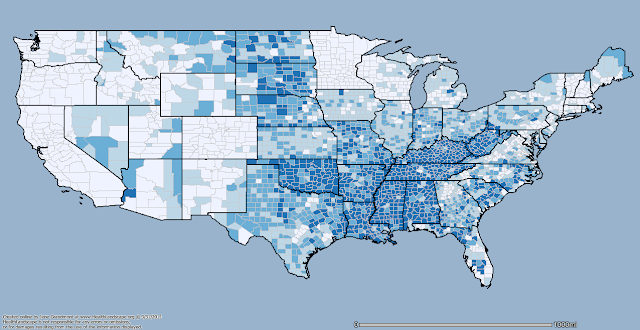 Figure 2. Percent of Adults Who Are Physically Inactive, 2008 (HL3) 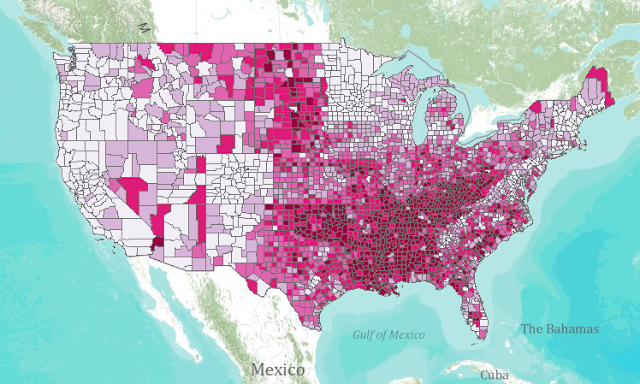 Diabetes Data and Trends, which includes the National Diabetes Fact Sheet and the National Diabetes Surveillance System, provides resources documenting the public health burden of diabetes and its complications in the United States. The surveillance system also includes county-level estimates of diagnosed diabetes and selected risk factors for all U.S. counties to help target and optimize the resources for diabetes control and prevention.

The prevalence of diagnosed diabetes and selected risk factors by county was estimated using data from CDC’s Behavioral Risk Factor Surveillance System (BRFSS) and data from the U.S. Census Bureau’s Population Estimates Program. The BRFSS is an ongoing, monthly, state-based telephone survey of the adult population. The survey provides state-specific information on behavioral risk factors and preventive health practices. Respondents were considered to have diabetes if they responded “yes” to the question, “Has a doctor ever told you that you have diabetes?” Women who indicated that they only had diabetes during pregnancy were not considered to have diabetes. Respondents were considered obese if their body mass index was 30 or greater. Body mass index (weight [kg]/height [m]2) was derived from self-report of height and weight. Respondents were considered to be physically inactive if they answered “no” to the question, “During the past month, other than your regular job, did you participate in any physical activities or exercises such as running, calisthenics, golf, gardening, or walking for exercise?”