Economic Status Data are now available for fiscal years 2010 and 2011.

The Appalachian region is home to 24.8 million people and consists of 420 counties across 13 states, stretching from New York and Pennsylvania in the northeast to Mississippi and Alabama in the south. Forty-two percent of the Region’s population is rural, compared with 20 percent of the national population. The Appalachian population is characterized by lower levels of college completion and lower labor force participation. Southern areas of Appalachia attract better educated and higher skilled people.

In recent years, the region’s economy has become more diversified, rather than relying on mining, forestry, agriculture, chemical industries, and heavy industry. In 1965, one in three Appalachians lived in poverty. In 2000, the Region’s poverty rate was 13.6 percent.

The Appalachian Regional Commission (ARC) categorizes each county in the region into one of five economic levels: distressed, at-risk, transitional, competitive, and attainment. The system involves the creation of a national index of county economic status through a comparison of each county’s averages for three economic indicators–three-year average unemployment rate, per capita market income, and poverty rate–with national averages. In 1965, 223 Appalachian counties were considered economically distressed. In fiscal year 2011 that number is 82. For more informatoin on how the ARC defines the economic categories, visit their website. 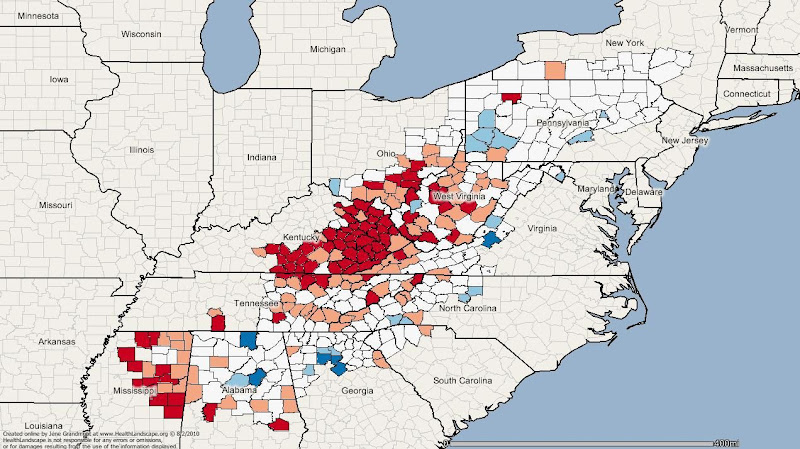 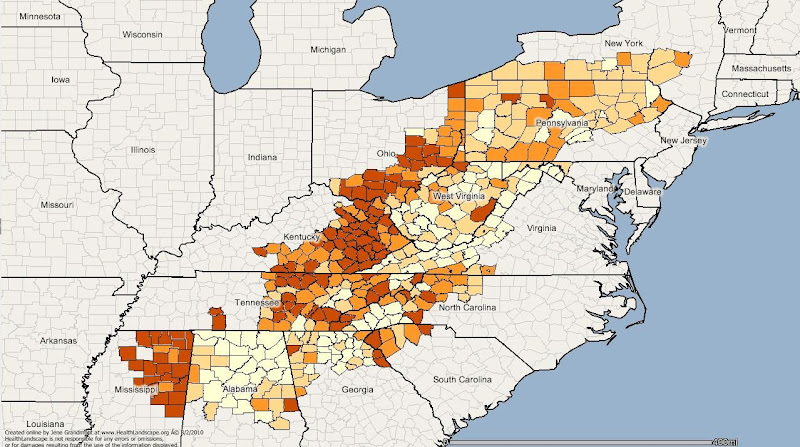 These data, and others for Appalachia, are now available in HealthLandscape for use in your maps. You can find these data by going to Community HealthView → United States → Appalachian Counties Economic Status.